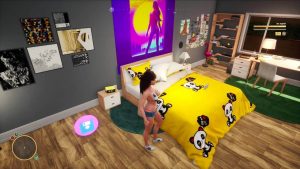 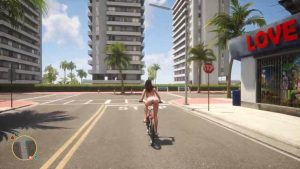 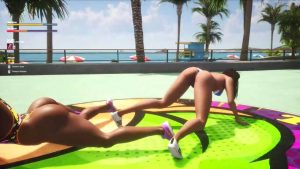 If you’re a fan of the Grand theft Auto Franchise, you’ll probably enjoy Sunbay City a lot. This game is based on that series and borrows many of its features. Instead of putting you in the flesh of a criminal, this time, you’ll get to play as Mia. Another major difference between Sunbay City and GTA is that the former doesn’t have a storyline.

The game’s premise is all about Mia trying to accomplish her life goals. She’s a college student and wants to be famous at all costs. Thus, she’s willing to do anything that makes her famous -even if that involves getting sticky.

When we say that Mia is willing to do anything, we truly mean it. The game is all about this girl banging everything that produces a shadow to pursue her dreams. Yeah, it is not a “big plot,” but it can be fun if you don’t take it too seriously.

As it is usual in GTA games, Sunbay City features an open world. It doesn’t follow a solid plotline, but that isn’t a bad aspect. You’ll get to play this game as you please, not caring about annoying quests or enemies that will kill you if you enter their territory.

Although the game lacks many features, if you compare it to many other sex games out there, the amount of content it has available is quite impressive. Of course, there are optional missions you can do, and almost all of them will lead to sex scenes.

The game also has a few minigames to make it a richer experience. You’ll get to dance or twerk to earn some extra cash for Mia’s way to the stars.

Another remarkable aspect of this game is its graphics. All the character models and the sex scenes are well-detailed, something that’s hard to find in 3D sex games. Thus, you can be sure that you’ll find this game highly entertaining.

The game has tons of good aspects, but it lacks tons of features. Don’t worry; they’ll probably be fixed in the future because the game is still in development. You may find bugs now and then while you’re playing, which is why we advise you not to take this game too seriously. It has amazing sex scenes and fun gameplay, but it needs to be polished A LOT.