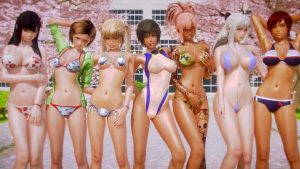 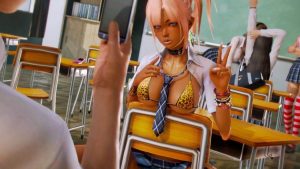 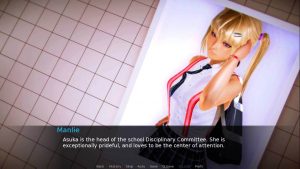 Wouldn’t it be great if you were able to bang the waifu of your dreams? Well, Waifu Academy makes it possible. This is a visual novel that takes place in a high school, the Saski Academy. You play the game from the MC’s point of view, the typical protagonist you see in these games.

It has a few other things to offer, such as a cute, hot cast of characters and brilliantly executed sex scenes. The art is okay, too, but it is not its strongest aspect. If you enjoy 3D visual novels (and sex games), Waifu Academy will turn into a “must play” on your list.

The story doesn’t have any interesting elements. It’s basically how reading the mind of an average high school student, so don’t expect too much from it. The only difference is that he actually gets to have sex with hot girls. Although the story is poor, the characters are quite interesting, and you have tons of paths to follow.

If you enjoy visual novels, you already know what to expect from this story. Otherwise, we cannot promise you that you will have the greatest time while playing Waifu Academy.

Get to know the perfect waifu

This game is filled with hot girls. You can choose to bang whoever you want, but their paths may take a while to complete. The visuals are good but don’t go too far away from what you’re used to seeing in 3D sex games. It can be a bit entertaining, but you’ll probably get tired of it after a while. We don’t think that anyone would like to come back to this game with so many better options out there.

You don’t have to play all the routes; that would be blatantly boring. You can find many guides around the internet to get to the paths you want and bang the girls you like. This way, you will be able to reduce the gameplay time a lot, which can turn a bit tedious after a while.

This is a typical 3D visual novel. It doesn’t have anything to offer at the moment, but you may find some characters a bit charming and worth knowing. Besides that, it’s not likely that you’ll come back to this game after trying out a few paths.
Is this game recommendable? Yes, it is, but don’t expect too much of it, or you’ll be disappointed. Still, we promise you’ll have a good time overall.